We think Santa should deliver in style this year!

Merry Christmas and a Happy New Year from Shiply 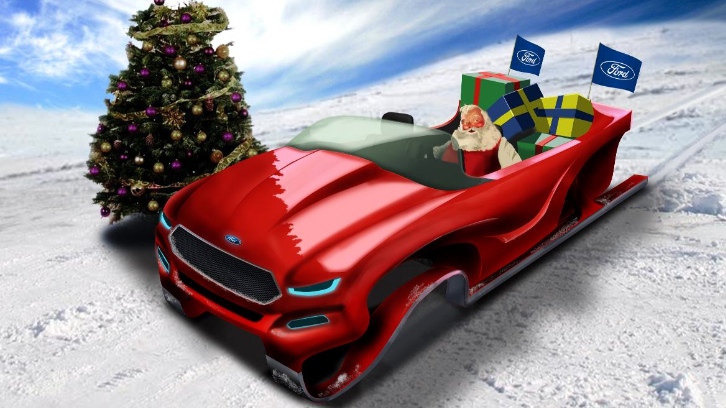 The organisers of the London 2012 were not only looking for record-breaking success for team GB in the medals table at this home Olympics, but also hoping to deliver a gold-standard ‘eco-games’.

One part of their eco strategy was to provide low-emission, hydrogen-fuelled taxis to help ferry members of the Olympic family and other VIPs to the venues in stylish yet sustainable fashion.

Running on hydrogen, the vehicles produce water instead of dirty fumes out of their tail pipes, helping to improve London’s notoriously poor air quality.

So far, so good – but how do these technological miracles refuel, I hear you ask? Erm, here comes the embarrassing bit… due to the closure of the hydrogen fuelling station at Lea Interchange near the Olympic Park for security reasons, three of the cabs had to be loaded onto a lorry and taken all the way to Swindon to be refuelled last week.

And before you ask, no it wasn’t a super eco, hydrogen-fuelled, water-producing lorry that took the cabs on their 130-mile round trip, it was just one of your bog-standard, fossil-fuel guzzling HGVs. Though at least it didn’t drive back empty!

Although slight cause for embarrassment, a spokesperson from the Government-run Technology Strategy Board deftly brushed off criticism by explaining that the benefits of the taxis are twofold.

First and foremost, they serve to show the rest of the world how widely hydrogen-fuelled vehicles could be used in future, and secondly, they make a big difference to the level of particulates and air quality in London, “even if there’s a small carbon problem with having to ship them up to Swindon to pick up hydrogen”.

You’ll also probably be reassured to hear that the refuelling situation is temporary, with an extra hydrogen refuelling station being opened near Heathrow airport.