Alton Edwards, former haulage driver, probably holds the world record (if there is any) for the distance he has logged up during the years working as a trucker.

Now 76 years old, Alton has driven about 2.5 million miles on the road. That’s about 100 times around the world! 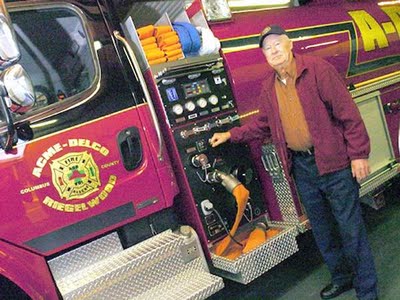 Alton Edwards has logged up more than 2.5 million miles on the road.

Furthermore, as sometimes he held two or three jobs, if we calculate his jobs separately, Alton has worked for more than 105 years.

Not only was Alton famous for his time and distance spent on the road, he was also known for being a safe driver and always keeping extra-clean trucks.

Although Alton has retired from several jobs, he still works as a fire and rescue consultant for the 911 Oversight Committee appointed by the Columbus County Commissioners.

One comment on “100 times around the world and still rolling”