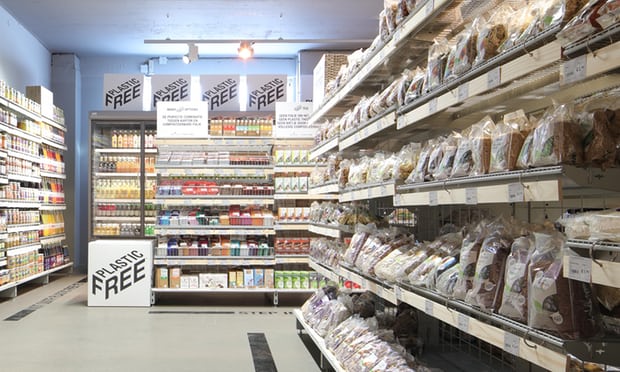 A plastic-free aisle in an Amsterdam supermarket has been unveiled, which includes 700 items now available to buy without plastic packaging.The organisation Plastic Planet were the brains behind the idea, and have called the introduction of this aisle “a landmark moment for the global fight against plastic pollution”

The new aisle at Ekoplaza supermarket now has items with glass, metal and cardboard packaging, as well as other compostable materials, which are all clearly marked as being plastic free and do not cost any more than their plastic-covered counterparts.

Prime Minister Theresa May recently mentioned her support of plastic-free supermarkets in her 25 year Government plan, and UK store Iceland recently pledged to rid of all plastic packaging on its own-brand products by 2023.The other big UK supermarkets are now under pressure to follow suit, but none have yet to disclose information about their plastic outputs or made any similar commitments.

Plastic Planet surveyed British shoppers to find that 9 out of 10 want the amount of plastic packaging reduced in supermarkets, so hopefully these other supermarkets start listening and following Iceland’s lead.