Whilst he isn’t known for being the most law-abiding superhero, Batman usual draws the line at petty motoring offences. Gotham city’s Dark Knight was taking his Batmobile for a spin when police officers spotted that the vehicle he was driving wasn’t displaying any valid license plates and pulled him over. 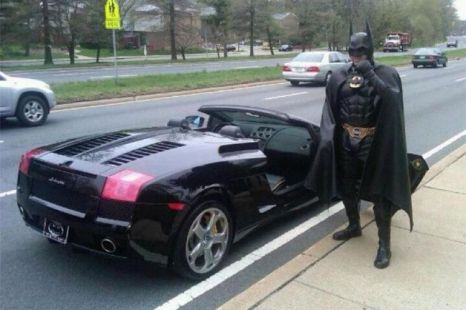 As it turns out the mystery man wasn’t in fact Bruce Wayne, but  Lenny B. Robinson, who was on his way to visit some children at his local hospital. As he was able to produce valid number plates and registration documents for the vehicle, the police let him go with a warning.