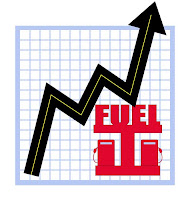 In today newspapers including the London Evening Standard, Sunday Sun, Mirror and The Independent as well as online news resources like Green Flag – Shiply has made a comment expressing strong opposition against the most recent fuel duty increase this Friday.


With this increase, the average price of unleaded fuel and diesel will be 115.7p and 118.6p respectively.


As the UK economy is still on the way to recovery, small companies in general and small to medium sized haulage companies in particular are struggling with finding extra work and keeping the costs down.


Our Managing Director Robert Matthams shared his thought: “This is a highly-competitive sector to operate in and one which has been particularly hard hit by the recession. Haulage firms were among the first to feel the pinch two years ago and many of them have found it hard to keep their heads above water, even as things have begun to improve.


“Now there’s the 1p per litre duty rise to hit them once again. The rise seems marginal, but that cost has to be met somewhere. It means higher overheads which could force some of the smaller firms – already teetering on the edge – to reduce staff, cut wages or even close down all together.


“In the last 18 months, the price of fuel has risen by almost 30p. So for a large lorry, the price in that period has increased by £300 a tank. That’s a huge additional overhead.”