The Road Haulage Association (RHA) warned that the 1st April fuel duty increase may lead to an estimated 20,000 job cuts and force hundreds of haulage companies to close down.

The AA said that unleaded fuel could soon increase to over £1.20 a litre even though the price of oil is just about half its peak level.

Angry motoring groups are urging Chancellor Alistair Darling to delay his planned 3p petrol duty hike, which translates to over £1,100 additional cost per year per vehicle for a haulage company, according to the RHA.

AA president Edmund King said: “We are barely out of recession, yet petrol prices threaten to rise to record prices seen during the boom of 2008 – shortly before the collapse into recession. If families, drivers on fixed incomes and those on low pay were unable to cope with record prices then, they are even less likely now.” 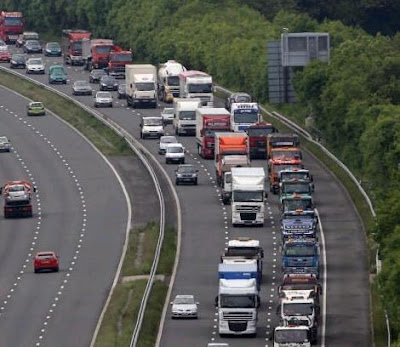 The RHA chief executive said: “The Chancellor is screwing our industry. Our members’ customers will simply not take any more price increase – we could end up losing work because of it.”

An industry watchdog predicted that even if the 3p increase was withdrawn, the price paid on average by drivers could soon hit £1.20 a litre which would be higher than the previous UK high of £1.19 of July 2008.