Chancellor George Osborne announced the cancellation of a rise in fuel duty in his Autumn Statement yesterday. Fuel duty was set to rise by 3p in January 2012 and then by a further 5p in August. The rise in August will still take place, but will only be by 3p instead of the original 5p. As a result, Mr Osborne said the average family would save £144 a year on filling up their car. 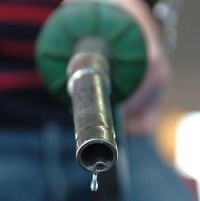 The government had come under pressure from motoring organisations and MPs to scrap the rise in fuel duty. Earlier this month, Conservative MP Robert Halfon tabled a Commons motion urging action on fuel prices in response to an e-petition signed by 110,000 people. AA president Edmund King welcomed Mr Osborne’s decision saying, “The chancellor has seen sense on this vital issue. Cash-strapped drivers will heave a heavy duty sigh of relief as current pump prices are close to the record high.”