He has a gadget for every occasion, a vast mansion….and a garage in Wales? That’s right, when Batman isn’t prowling the streets of Gotham he chooses to park the Batmobile in a more low key spot.

Alan Dennett of Rhyl, North Wales, a retired mechanic, has completely transformed an old Daihatsu into a fantastic replica of the 1960’s model Batmobile. The reason behind this effort is his grandson, Alfie Wilde. Alfie, 11 years old, has been a passionate fan of the Adam West’s Batman. He was not able to believe his eyes when his present was unveiled for first time. Alfie’s grandfather said “It was worth all the effort just to see the look on his face”.

Although Alfie is not yet old enough to enjoy actually driving the Batmobile he spends hours playing as his favourite superhero, reproducing famous old scenes, singing songs and fighting crime. The caped crusader would be proud!

Take a look at the photos of Alan and Alfie below. 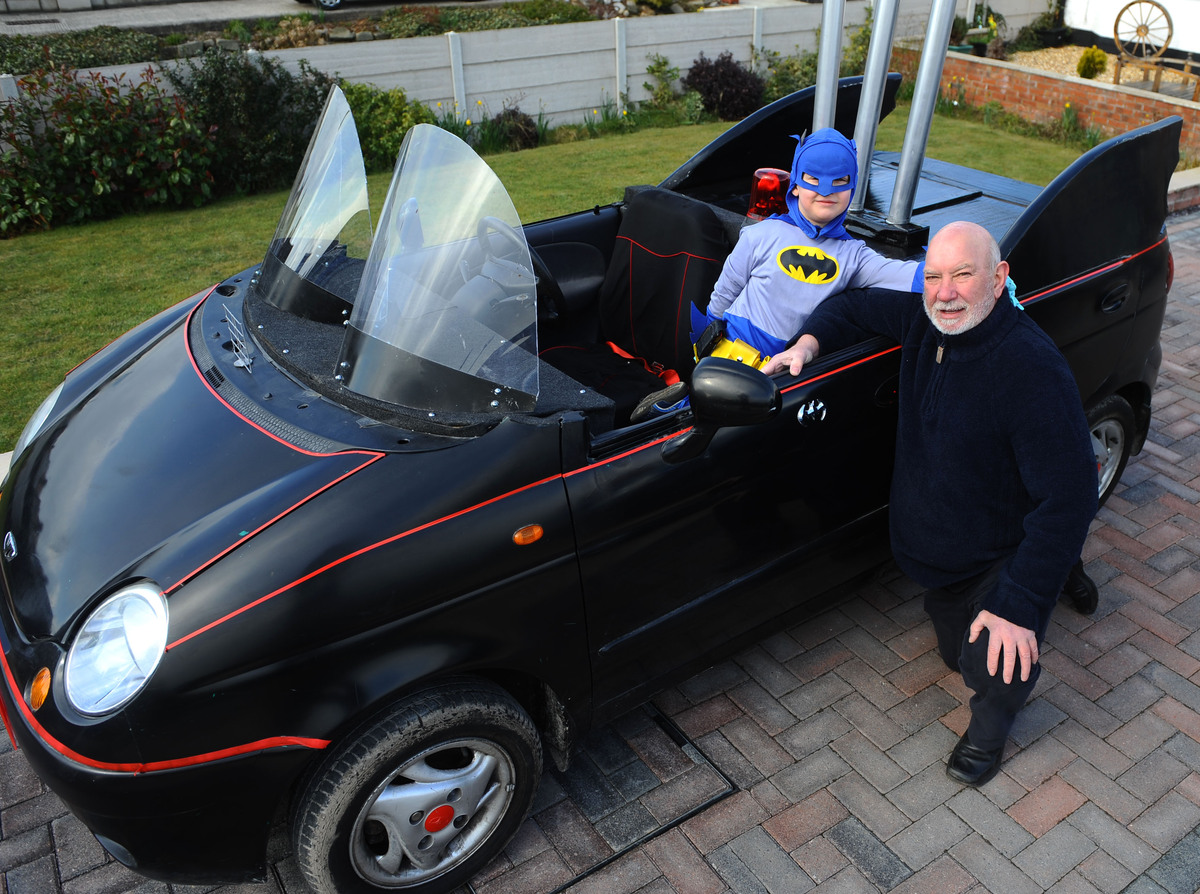 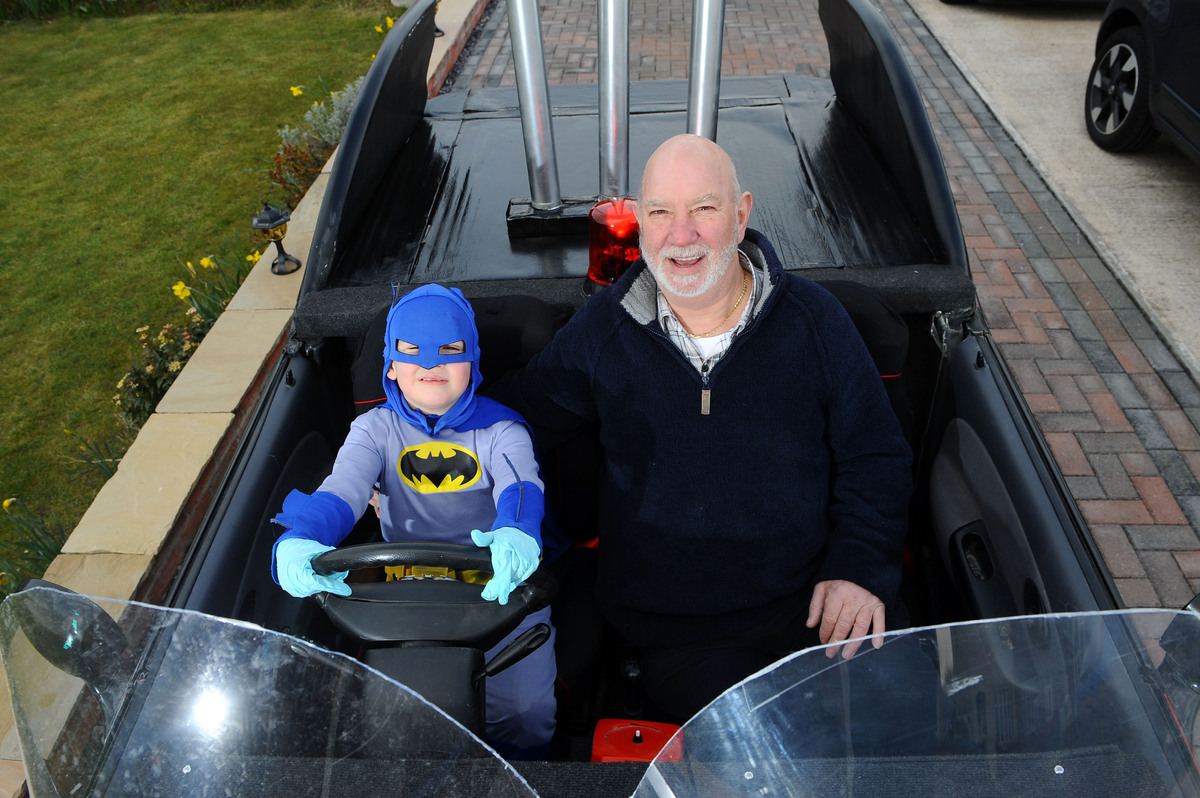 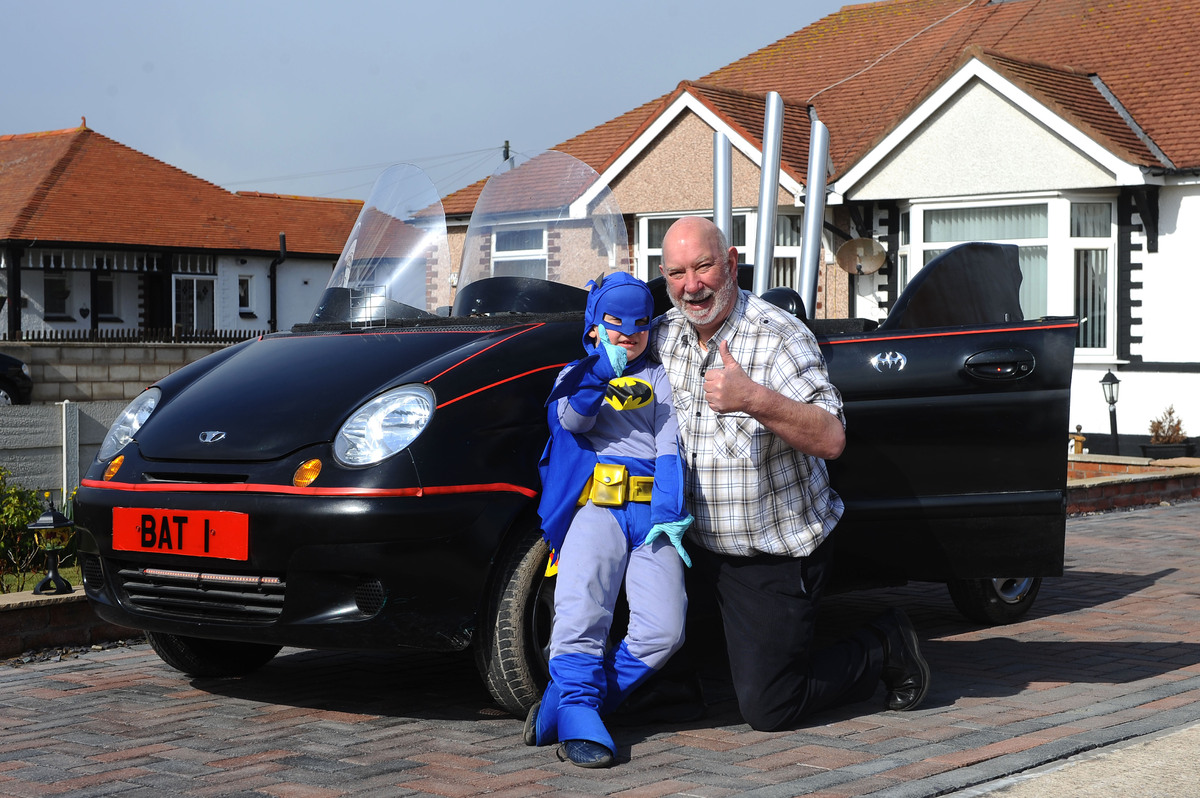