Paul Robinson, 46, a haulage driver, has vowed to go to prison rather than pay a £700 fine for dropping litter.

Mr. Robinson appealed against a conviction for throwing a cola can and a cigarette from his lorry in Park Farm Way, Wellingborough on November 23 last year.

However, despite calling six witnesses, showing video footage and a record of his movements that day, Northampton Crown Court dismissed his appeal and doubled the fine he must now pay. 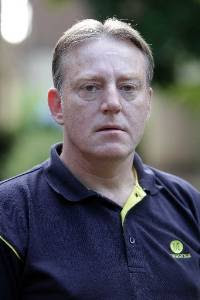 Paul Robinson rather goes to prison than pay fine

Paul said: “I’m not paying anything. I refuse to pay for a crime I didn’t commit. I would be prepared to go to prison without a fight. They can work out how much a day it will cost to keep me in prison then work that out against how much I’m supposed to owe them.”

He presented testimonies from colleagues, friends and a magistrate saying he did not drink fizzy drinks and was impeccably clean but all he achieved was doubling the court costs to £500.