As you might have heard on the news, Cumbria has been facing the worst rainfall on record which has caused devastating floods. We thought you might want to know how Cumbria’s couriers have been tackling the situation.

Haulage companies in Cumbria are amongst those worst-hit by the floods as many roads were closed due to rising water levels.

Eric Nicholson, director of EW & PA Nicholson in Cockermouth said:”The major road in West Cumbria has been closed, and our major problem now is we cannot get to Workington. We are obviously trying to keep going.” 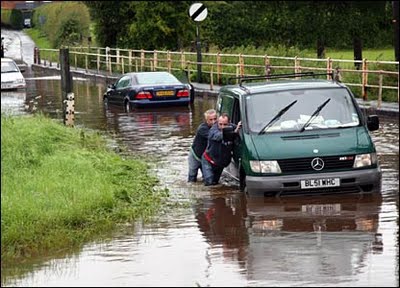 The floods have created massive difficulties for Cumbria’s couriers

Andrew Burridge, another haulier, shared his thoughts:”We are trying to get into West Cumbria, but have had to take much longer routes than we normally would. This means that in some cases we have to travel 150 miles to do what would normally be an 80-mile journey.”

The Environment Agency figure stated that 314.4mm of rainfall was measured in the area in 24 hours from Thursday to Friday last week, a record amount in England.