New figures have shown that the lower levels of carbon emissions caused by the recession in 2009 will not last. As industry activity picks up again, so do the carbon emissions, with a 3.8% rise reported in 2010. Ed Davey, the replacement climate and energy secretary, attributed the rise to increased use of heating in the cold winter and technical problems at nuclear power stations. 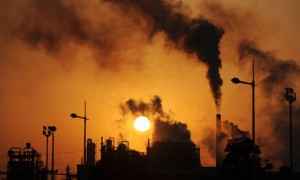 When the financial crisis hit in 2009 the UK’s carbon emissions fell steeply by 8.7%. Since then as the economy has picked up, so have the carbon emissions. Keith Allott, head of climate change at WWF-UK, believes that this is a chance for the government to finally wake up to the reality of greenhouse gases. “It is alarming to see emissions from homes rising when people are struggling to pay their energy bills. The UK’s overreliance on gas has pushed up emissions along with people’s energy bills”. He believes that increased investment into renewable fuels will enable us to have our cake and eat it too; a thriving economy and reduced carbon emissions.