When Lu Chen from China smashed the front of his truck windscreen he took matters into his own hands. Rather than call road recovery Lu got back into his truck and sat in his drivers seat surrounded by twisted metal so that he could repair it for a cheaper rate. 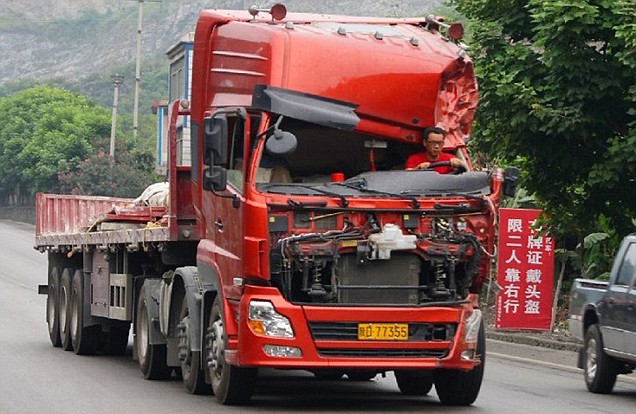 The 38 year old was caught by local police after his slow speed had caused traffic to back up behind him. After what must have been a very convincing speech to the police, Lu was allowed to carry on to with one proviso – that he purchased a pair of goggles so that he could drive at the proper speed!

“I didn’t want to slow other drivers down but I wasn’t going to be ripped off either,” Chen told police.