It seems like there is an emerging opportunity for retired truckers: create hand made miniature wagons!

Well, the reality is if you have 30 years and a great enthusiasm for miniature then you can do it. Jack Spittle, aged 87, a former lorry driver from Fallings Park, Wolverhampton, gave up his haulage work 30 years ago, but has since dedicated three decades on recreating the nation’s most iconic lorries. 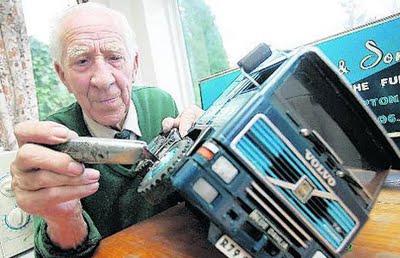 Jack Spittle with one of his creation
Jack’s passion with trucks began at the age of five when he saw his father drive them and by the age of 10 he had begun making his first models for a hobby which would last him a lifetime. In his early days he used cardboard to create the models but now he uses plastic to put the vehicles together giving them the style of finish which could be found in a toy shop.

He said: ”The finished products aren’t just look-a-likes, they have the exact seats in the cabs, as well as the dashboards and they are all perfectly modelled.They take weeks or months each to finish, because I always make sure they look just like the real thing.”

Up to now, the haulage veteran has amassed more than 120 of the model vehicles including old city firms like Eddie Stobart Limited, an express haulage specialist, Stan Smith & Sons, a carrier for the furniture trade, Goodyear and Stan Robinson Limited, another haulage group. 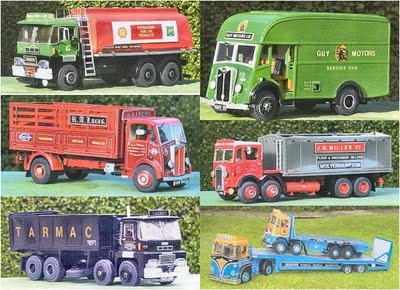 Some of Jack Spittle’s most famous models
Despite having received countless offers to buy the miniature trucks with some up to £2,000, the self-confessed model nut insists he will never sell any of them.

At Shiply, we were all wowed when hearing about Jack’s story. Once again, George Eliot’s well-known saying was proved right: “It is never too late to be what you might have been.”