Norwegian PM Jens Stoltenberg, became a taxi driver for a day, driving voters around Oslo to find out what voters really think. The video called ‘One Day in June’ was published on the Norwegian Prime Minister’s Facebook page last Sunday.

“They’re five ordinary people who were asked if they wanted to take part in a video for the Labour Party and who knew nothing else, except that they were going to be picked up in a taxi,” party spokeswoman Pia Gulbrandsen said. “Their spontaneity was real when they realized that the driver was the prime minister,” she said. 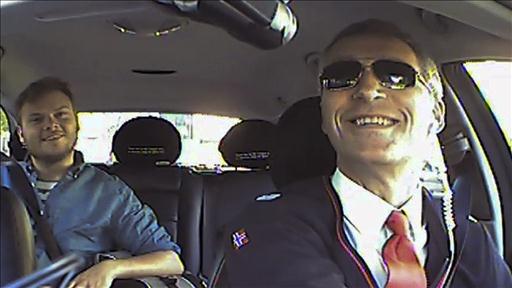