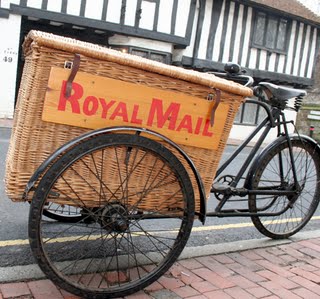 After more than 120 years, Royal Mail are said to be phasing out cycling postmen.

Instead of travelling by bike, postmen and women will travel to their patches by van and then deliver the post using trolleys which are manufactured in China.

This is very bad news for the supplier of Royal Mail bicycles – Stratford-upon-Avon-based firm Pashley Cycles, who have had the Royal Mail contract since 1971.

A spokesman for the Communication Workers Union said: “Job losses and office closures will be a very real threat. Once deliveries are centralised, there will be no need for so many local offices.”

A Royal Mail spokesman said the changes were needed to “deliver the mail as efficiently as possible”.

He added: “We will continue to use a range of vans, trolleys and bikes where appropriate. There are no plans to phase out bikes completely.”

On a side-note this horrible contraption was being trialled by Royal Mail. True, it is electric, and that is something which is to be encouraged, but just look at it! Even the bloke posing in the photo isn’t so sure… 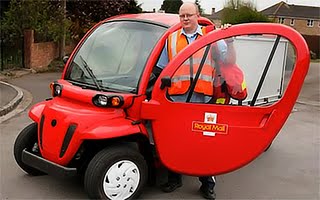