The privatisation of the Royal Mail could begin as early as this Summer, after proposals that would allow a sell-off were passed by MPs. 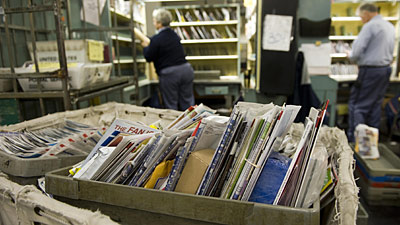 Dwindling mail volumes and a fall in profits has meant privatisation has been on the horizon despite protection of the postal service by the current Parliament. Ed Davey, minister for postal affairs, said the proposals “safeguard the future of both Royal Mail and the Post Office – two cornerstones of British life”.

Billy Hayes, general secretary of the Communication Workers Union, stated, “The fact of the matter is the British public don’t want to see the Royal Mail privatised…Vince Cable is flogging this company to the very people he denounced at the Liberal party conference – the spivs, the speculators and those who just want to make a fast buck.”

At the very least, 8000 jobs are at stake as the CWU has vowed to work with the Royal Mail in cutting at least this number of workers by 2013. It is likely that further cuts will need to be made in the near future.

Have your say on privatisation below.