Sainsburys have made the decision to limit the speed of its lorries to 50 mph. So from now on don’t be surprised if you see this on the road, after all, they are just following the company policy: 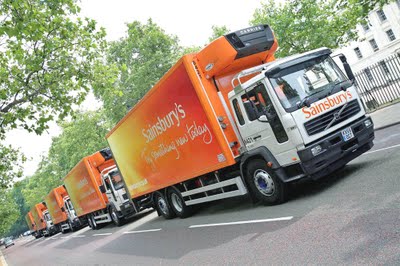 Whilst Sainsbury’s has yet to answer calls about its reasoning behind the speed limit introduction, its drivers had no such shyness in expressing their opinions.

Further more, a Sainsbury’s agency driver reckons other lorry drivers think they are ‘messing around’ and are cutting in as closely as possible.

In our opinion, whilst this speed limiter may be good for fuel saving and CO2 emissions reduction, Sainsbury’s may end up putting their drivers in constant frustrations on the road, which is a contributing factor to road accidents.

So will this policy do more good than harm? We are frankly not very sure.