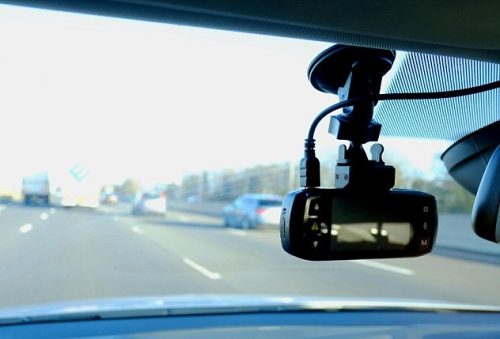 If you’re involved in an accident, and there are no witnesses (perhaps in a rural environment) it’s your word against theirs. A frustrating situation if you’re genuinely in the right. Dash cams could ensure that the correct person is held accountable for their role in an accident, and help insurance companies get a clearer picture of the incident.

We typically see dash cams being used for recording what’s in front of us, and it’s obvious that this type of footage would be helpful to consult in the event of a road accident, whether you’re involved in it or not. BUT there are a variety of extra functions that could come with a dash cam, so think about what you’d like yours to be able to do:

– GPS tracking – this can vary from plotting entire journeys to recording the location of the accident only.

– Multiple cameras – you might want more than just a view of the road ahead. There are also options with an additional rear windscreen camera, or an internal camera (good for monitoring new/learner drivers).

– Sensors – you might want yours to be constantly measuring your speed, or the level of acceleration. Others detect g-force levels to accurately detect when a collision has happened, and therefore determine the collision’s seriousness.

– Parked car cameras – if you’re worried about your car being vandalised or broken into while it’s parked, a camera that works with the engine turned off might be something you’d like to consider.

– Audio recording – if a verbal dispute breaks out at the scene of an incident, you might feel better in the knowledge that you have the heated discussion on record.

You don’t necessarily need to buy one

Think about what you’re looking for in your dash cam. You may want to consider using an app on your smartphone instead, some of which can do one or more of the more premium features listed above. If you’ve already got a cradle for using navigation while driving, you’re already most of the way there – many of these apps run in the background, and allow other apps (including navigation) to be running at the same time. Some will have adverts (which won’t affect the recording), and others can connect to your car’s computer via bluetooth to share information.

Have a think about whether you could benefit from a dash cam. You could even try out a free app if you’d like to give it a go without paying out any money upfront. Get experimenting!