After reading the news about a lorry driver found guilty of causing another motorist’s death by dangerous driving after he sneezed, we started looking to find out how dangerous it could be if you sneezed while driving.

Some interesting facts about sneezing: 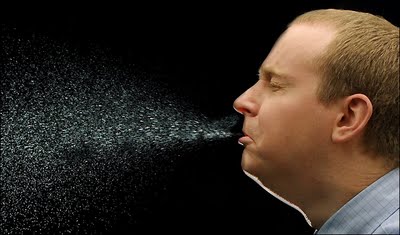 Coming back our main discussion, while sneezing in general is not a dangerous activity (well it can be a fiasco in some rare cases like sneezing on a wedding altar), sneezing while driving can be fatal. According to a research commissioned by a car insurance company, sneezing fits cause about 2 million incidents of dangerous driving on UK roads.

And it’s not just the drivers who need to worry about sneezing, in-car passengers were found to contribute to an estimated 670,000 incidents, with sudden sneezing distracting those behind the wheel. Sneezing while driving can be very dangerous

Imagine how a person sneezes and you will sure understand why it is so dangerous when drivers sneeze while on the road. Let’s say if you sneeze while driving at 70mph (a normal speed on UK motorways), it means travelling almost 300ft with your eyes closed, which can potentially lead to a fatal accident.

To reduce the chance of sneezing while driving, these are the top tips you can use:

Have you ever sneezed while driving? Do you have any tips to share with others? We are sure everybody will be very interested to know.

4 comments on “Sneezing while driving, how dangerous could it be?”