A truck driver in New York has been praised by state police for protecting other road users from a suspected drunk driver. The driver slowed down to block traffic in both eastbound lanes of the New York highway to keep drivers out of harms way from the erratic driver. 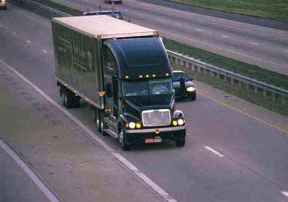 The driver was eventually pulled over by Police who discovered his blood alcohol levels to be three times the legal limit. Thankfully no one was injured in the incident thanks to the brave truck driver who shielded other vehicles until the police arrived.