This plucky swan played a game of chicken with a lorry on the M4, adding to the considerable tailbacks on Wednesday, just outside of West London. 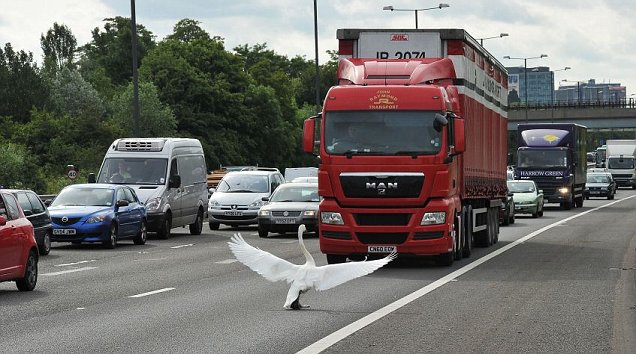 Apparently the red lorry was the object of the swans attention before it was shooed along by a driver stuck in the rush hour traffic. Swans, famously protected by the Queen, have had a history of appearing on the M4 in the past – although we’ve never seen one!