Petrol prices in the UK are expected to drop by 5p after the death of Muammar Gaddafi has allowed oil production to return to normal. Output of oil from Libya fell to just 440 000 barrels a day compared to the 1.5 million barrels produced before the uprising. At the start of the conflict in March the price of petrol in the UK shot up from just below 130p to 135p. 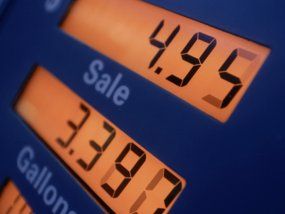 Good news for all petrol heads and motor enthusiasts who will be able to look forward to an extra 5 pence in their pocket. However, don’t rush to the petrol station just yet as the effects wont be seen at the pumps for a while.“It won’t happen overnight because Libya will take some time to recover from the conflict but we certainly hope to see some effect in the next few weeks,” said the AA’s Luke Bosdet.

One comment on “The Death of Muammar Gaddafi and Higher Fuel Prices?”