Lorry drivers carrying known valuable goods in their trucks are most likely to be very alert to the risk that carrying such valuables brings.
However, one unlucky trucker and his HGV fell not victim to robbers who were after high-end consumer electronics or a truckload full of antiques. The unlikely stolen goods in a robbery in Northamptonshire last week were …
Lego bricks!
As a child most of us probably wondered what we would do with a truckload full of Lego. Maybe something like this? 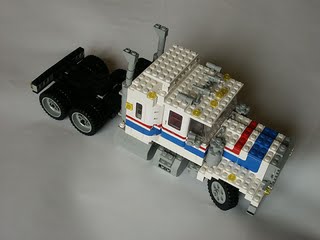 2 comments on “The Great Lego Haul”