The Driver and Licence and Vehicle Agency (DVLA) announced the ten most absurd excuses made up by road tax dodgers.

The DVLA said that people could pay their road taxes online at any time, “It is easier than ever before for people to tax their car and our digital services are designed to be used any time of day or night to fit in with people’s lifestyles” said Carolyn Williams, head of digital services.

1. My accountant told me I’m due a tax rebate so I didn’t think I needed to pay again this year.
2. I was on my way to the Post Office to tax the car and called into the betting shop – there was a horse running at Doncaster called Don’t Do It so I bet on that with my car tax money instead. It lost.
3. My mate said that if the cost of the tax is more than what the car is worth you haven’t got to pay it.
It’s not, so I didn’t.
4. I fell out of a tree picking plums and broke both my arms.
5. I took too much Viagra and couldn’t leave the house.
6. I’d forgotten the motorbike was in my garage – it was hidden behind the BBQ so it’s not my fault.
7. I had man flu and couldn’t go to the Post Office.
8. I’ve been out of the country for four months and I forgot where I parked my car.
9. My dog ate the reminder.
10.My reminder on my phone didn’t work so it’s not my fault. 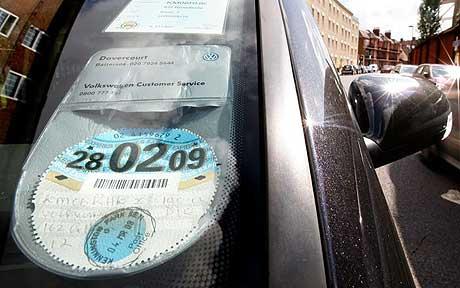