No, this not a scene from the latest Transformers but an unfortunate accident in Queens, New York. A 16 ton salt spreading truck broke through the wall of a third storey Sanitation Department repair shop after a mistake by driver Robert Legall. Mr. Legall, who has worked at the Sanitation Department for 10 years, screamed for help as he dangled in his vehicle in mid-air but thankfully managed to escape unharmed. 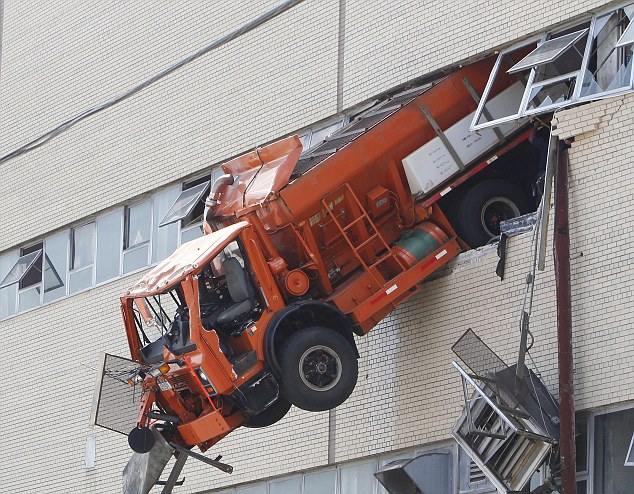 Mr Doherty added: ‘[Legall] was lucky he didn’t go though that front windshield. Holding onto the steering wheel saved his life. We’re all very fortunate. That’s the story of today. Everyone is alive.’

Dell Smith, 36, who works at a nearby company, said: ‘The driver looked like he was really in shock. They had to bust out the driver’s side window and lift him out. He looked unconscious, and he was a big guy too. I’m glad he made it out alive.’