Police were dumb founded to find a mother and daughter relatively unscathed inside a crushed car. The car was all but completely flattened by a lorry carrying chickens along the A64 in York. The quick witted daughter spotted the toppling lorry and managed to move form the drivers seat to protect her mother. 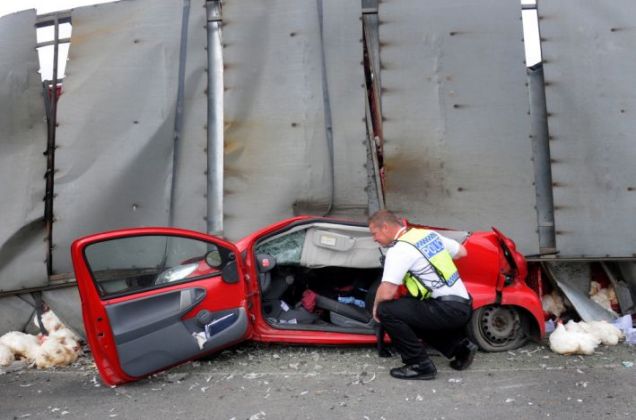 Traffic sergeant Andy Quigley said: “When we got the call that a lorry had overturned on a car, we assumed we would be dealing with a fatal accident.”

“The mother and daughter, who are from the York area, were taken to hospital to be treated for cuts, bruises and shock, as was the driver of the lorry.”