The north-east of England has been congratulated by transport minister Norman Baker, after it was found to have the most charging points for electric cars. The North East was one of the first three areas in the country to provide charging points and by the end of January, 300 points will have been installed running all the way from Middlesbrough to Berwick. The aim of the Charge Your Car project, launched in 2010, is to have over 1000 charging points installed by 2013 in residential areas, at businesses and in public car parks. 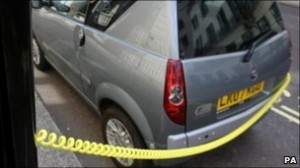 Mr Baker said: “These cutting edge vehicles have the potential to revolutionise motoring in this country but they will only be a truly viable option if drivers are able to easily re-charge.” If more initiatives like the Charge Your Car project are introduced, electric vehicles could become more common throughout the UK.