This Friday (22 September) is World Car Free Day, a day where many cities across the world encourage people to not use the cars for a full day, swapping them for greener alternatives like walking or cycling. 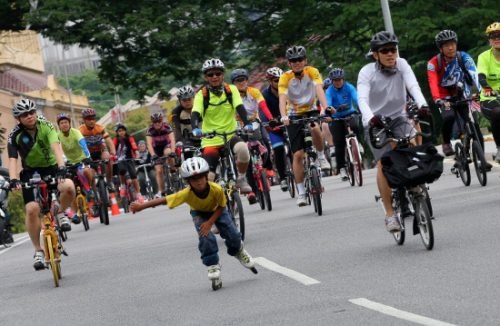 Last year (September 2016) Paris joined the list of cities involved in World Car Free Day, alongside Jakarta, Brussels, Kuala Lumpar, Copenhagen and Bogota, who totally ban cars from certain roads in their city centres. This allows them to see what their cities could be like without cars, and with significantly less pollution.

Following the recent announcement of banning the manufacture of petrol and diesel vehicles in the UK from 2040, perhaps days like World Car Free Day will be introduced to London, something that was hinted at by Mayor Sadiq Khan according to an article in the Guardian a year ago.

A poll by YouGov in 2016 showed that 63% of Londoners were supportive of motor vehicles being banned from the central third of the city, and 58% were supportive of having a ban every month! Sadly, London has yet to get involved, but smaller areas across the UK are having their own World Car Free Day, including Shoreditch, London and Cardiff, Wales.

Is your local area taking part in World Car Free Day? How will you be getting around?