Volkswagen are the proud owners of the most amazing car show room in the world. The futuristic garages in Wolfsburg, Germany can hold up to 600 cars in the 200ft towers, making them the world’s largest vehicle delivery centre. The vehicle come along a conveyor belt from the factories  and then a giant robotic arm lifts them into position in the tower. 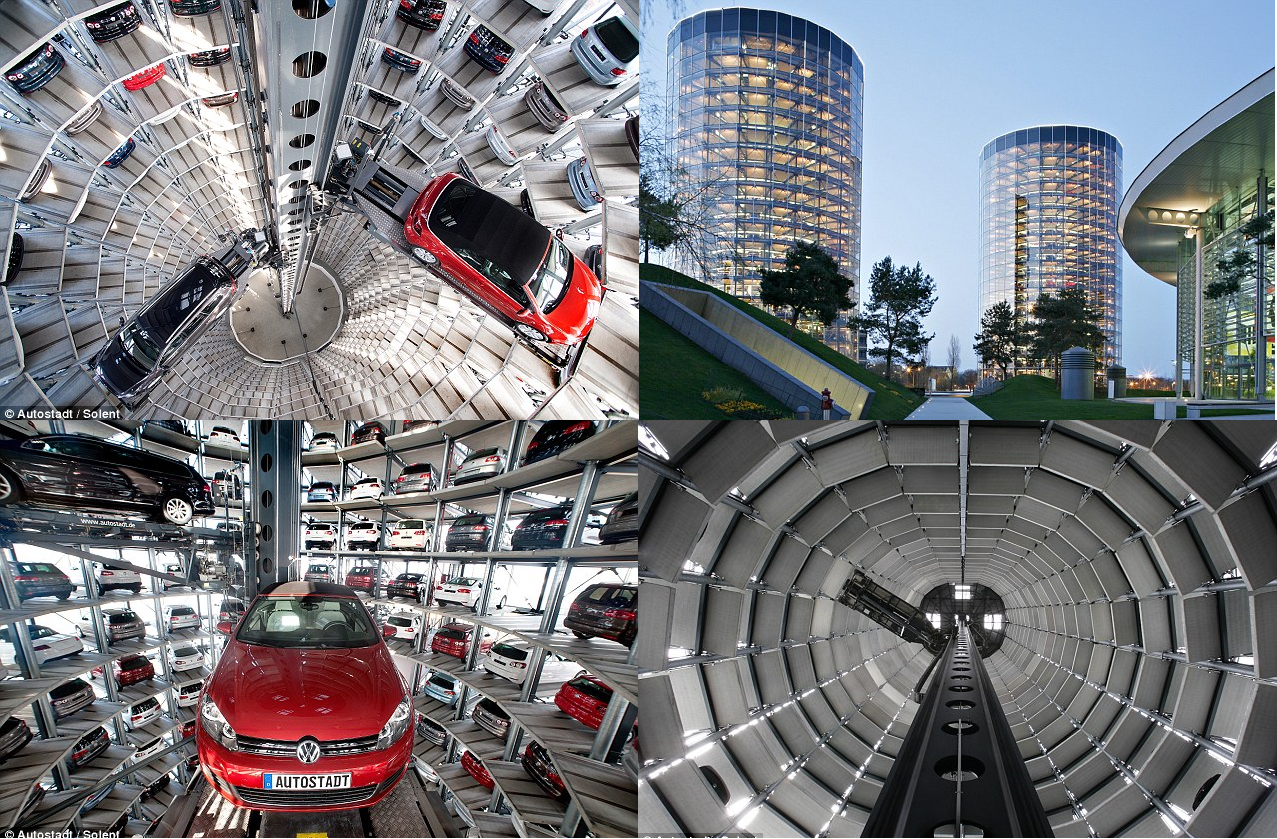 New owners can watch as their car is picked up from a bay and delivered to them at the Autostadt CustomerCenter, with the speedometer at zero. As if this was not cool enough, the buildings were also featured in the latest Mission Impossible film staring Tom Cruise.